Walking from my house situated at 300m a.s.l. in the Peak District today I was struck by how cold and damp it was. O.K. it’s January in the U.K. but it felt really cold.

There are two common factors that have an effect on the temperature whilst walking in British Hills. Wind Chill and the Lapse Rate.

1.            Lapse Rate
A lot has been written scientifically and in depth about Lapse Rate. There is a good paper from Bangor University.

So for example if you were in Snowdonia, let’s say in Bangor at Sea Level and you were walking to Snowdon via Llanberis.

However the lapse rate does not take into account the chilling effect of the wind.

2.            Wind Chill
"Wind-chill or windchill, (popularly wind chill factor) is the perceived decrease in air temperature felt by the body on exposed skin due to the flow of air". Wikipedia

Essentially the stronger the wind, the colder it feels!
The following chart is an extract froma paper from the University of Dundee.

So on our walk up Snowdon, if the wind in Llanberis was around 10 mph the temperature at 10 degrees C  would feel more like 5 degrees C.

As we ascend Snowdon, the wind will increase with altitude, let’s say to 20 mph, so the 3 degrees C would feel more like -10 degrees C.

Today in The Peak the temperatures were around 2 degrees C.
But with the wind forecast at around 30 mph it feels more like -15 degrees C.

So the moral of this is, if you are going out to walk in the hills or mountains in winter, have the right sort of clothing to keep warm and look after yourself.

Popular posts from this blog

Using a Compass for Map Reading and Navigation 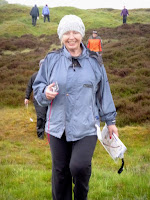 Using a Compass for Map Reading and Navigation She's got it! Using a compass 1st Steps to Map Reading & Navigation Course It’s a commonly held misconception that a compass is only useful for navigating across open moorland, mountain terrain or in the mist.   Additionally many people carry a compass but do not know how to use it! We have been living and working in the Peak District for many years teaching Map Reading and Navigation. Frequently we watch people park up un the village green opposite our house get togged up for a walk and set off, only to see them coming back 5 or 10 minutes later as they had initially set off in the wrong direction. This is especially true of young people on their Duke of Edinburgh’s Award expeditions. Using a compass to “orientate” your map before setting off helps you to then recognise where features are on the ground (preferably using a 1:25k scale map) and therefore which way to leave the car park or village. With
Read more

How to use a Compass 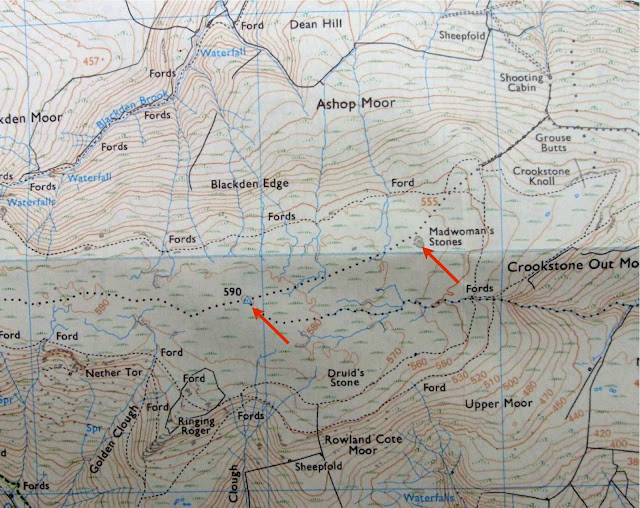 How to use a compass A compass is a simple and brilliant navigation tool.  At the very least it will have a needle that points north which will allow you to orientate your map and give you a rough indication of which way to walk.  If you have one designed for hill walking, mountaineering and orienteering then you will have "the full monty" and be able to use it for accurate map reading and navigation.  The compass used to illustrate this blog is a Silva type 4 Expedition (not the military version) and is a great all round compass. In this short feature I can't teach you all of the techniques involved in navigation but will show you how to use a compass to navigate across a short stretch of open moorland from a known point (where you are) to another point (where you want to go). Step 1: I want to navigate from the Trig Point 590m to Madwoman's Stones. Step 2: Lay the edge of the compass across the Trig Point 590m and Madwoman's
Read more

Why do I Need a Map Reading and Navigation Course when I have my mobile phone? 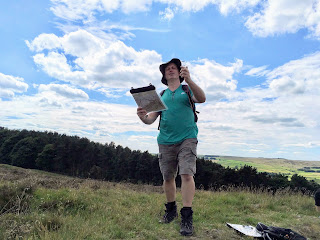 In the last few days, I have watched 2 couples out for walks in the Peak District struggling to follow a route using a mobile phone. The first was on a fairly isolated bit of moorland; the weather was not the best, and we had just finished talking with our 4 clients about safety and using a compass on the moor where people have got lost in bad weather.    The couple concerned spent a good 10 minutes looking at their phone, trying to work out where they were and then wanted to get to.    As we returned to our cars, we met them again on the road - they had presumably walked to the far side of the moor, then joined the road for a mile or so.    They could have had a lovely off-path walk round the moor, much nicer than the road, had they had the skills to work this out for the map. Today I met another couple in our village, looking for a footpath. They asked a neighbour where to go, but a few minutes later had hardly moved and still looking perplexed so I gave them further directions and s
Read more